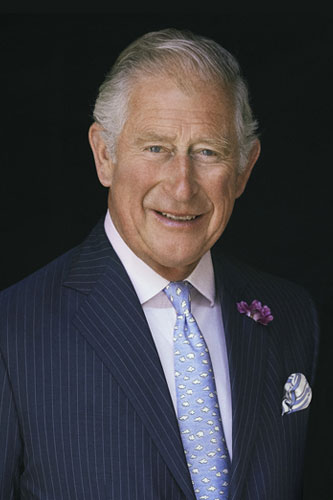 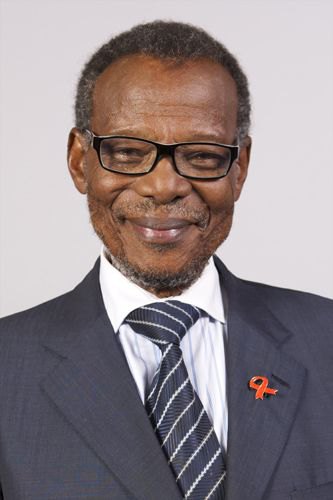 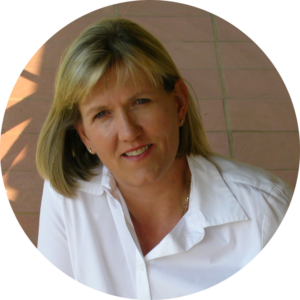 Nicky met and married David out of University in Pietermaritzburg in the heard of KwaZulu-Natal, South Africa. After short spells at Mala Mala, in Johannesburg and in Namibia, they moved to the family farm in Rorke’s Drift in 1989 where they started to build Fugitives’ Drift Lodge. Self-effacing and modest, Nicky’s determination to make a home for her family has never been more evident than in the last several years where she continued developing and running the Lodge on her own. Nicky shared the same ideals and aspirations for the local Zulu people as her husband and has continued the work that the two of them started together. Nicky is chairperson of the David Rattray Foundation and is extensively involved in the activities of KHULA Education. 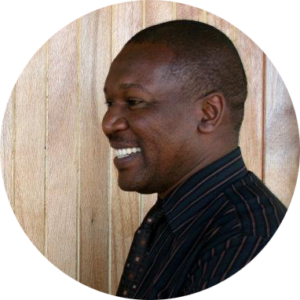 Qualified with BA(Law) and LLB , Adv Simphiwe Brian has been a Trustee of the David Rattray Foundation since its inception. He was extensively involved with the local communities, & worked together with David Rattray and others in an attempt to bring improvements and educational opportunities to the young people of the area. Adv Simphiwe Brian is, amongst many other social responsibilities, Vice-Chairperson of the Mangwebuthanani Traditional Council with responsibility for large areas of traditional lands around Isandlwana in which KHULA Education operates. He provides a deep insight into the needs of local communities and invaluable advice and guidance in applying our resources. 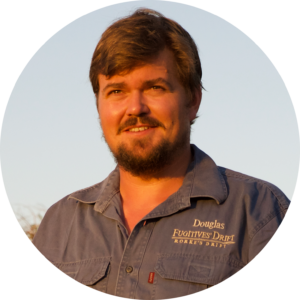 Douglas is the head guide and conservator at Fugitives Drift Lodge. He leads the battlefield tours from the Lodge and is passionate about the history of South Africa. Growing up in the rolling hills of the uMzinyathi district has vested in him a love of the region and its people – traits which he learnt from this father, David Rattray. Douglas joined the board of the David Rattray Foundation in 2019 and is committed to promoting the activities of KHULA Education. 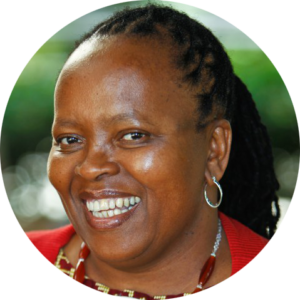 Lebo Moletsane is a rural education specialist. She holds the position of Pro Vice-Chancellor: Social Cohesion as well as Professor and John Langalibalele Dube Chair in Rural Education at the University of KwaZulu-Natal. Lebo joined the Board in 2019 and has helped to shape our teaching programme for Primary Schools. 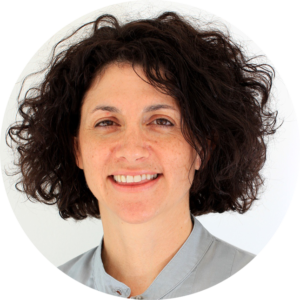 Tanya was born and raised in the outskirts of Ladysmith. She works with the Public Private Growth Initiative, a sector based growth initiative, that partners with Harambee Youth Employment Accelerator. Tanya is the former Chief Executive of Business Unity South Africa (BUSA) where she played a key role in leading business on a number of social compact processes. She has served as Chairperson of the Commission for Conciliation Mediation and Arbitration (CCMA) Governing Body, and as a Commissioner of Employment Equity. 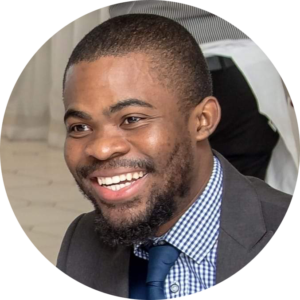 Siphamandla Mpanza was born at a rural village near Empangeni where he attended primary school and later moved to Durban where he matriculated in 2012. Subsequently, he enrolled at the University of KwaZulu-Natal to read for a LLB degree which he completed in 2016. Whilst at University, he received numerous awards including the Moshal Scholarship and the Ethekwini Municipality Bursary which recognises high achieving students who had risen above all adversities. Siphamandla is an Alumni of the Moshal Scholarship and is involved in several pay it forward projects focusing on education and mentorship. He is a duly admitted attorney practising as such and specializing in property at a major Durban based law firm. He is currently reading for his Masters’ degree at the University of KwaZulu-Natal. Siphamandla aspires to use his skills, knowledge and experiences towards social justice, community upliftment and paying it forward. 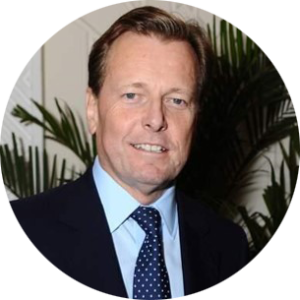 Robin Woodhead is Chairman of the David Rattray Memorial Trust and a Trustee of the David Rattray Foundation. Robin joined Sotheby’s in 1998 becoming CEO for Sotheby’s International and a Member of the Board of Sotheby’s Holdings. Since 2008 he has held the position of Chairman, Sotheby’s International. He is also Deputy Chairman of London’s Southbank Centre, Chairman of Hofesh Shechter, a contemporary dance company and is a Trustee of the African Arts Trust. Robin has been involved with the Rattray family since 1991, and is a part owner of the Umzinyathi Reserve. 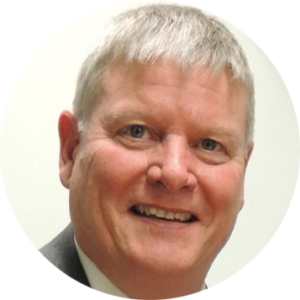 Paul is the Secretary of the David Rattray Memorial Trust. As a headteacher for twenty years, Paul worked across all phases (Primary, Secondary and Special) and in a range of school settings (Independent, Selective, Comprehensive) finishing as the Executive Director of an Academy Trust. He believes in the transformational effects of education and has a passion for developing structures which allow children and young people to grow and become successful in our modern world. He is committed to global education, recognising the benefits of the educational, intellectual and cultural exchange of ideas for the growth of the individual and benefit of all people. 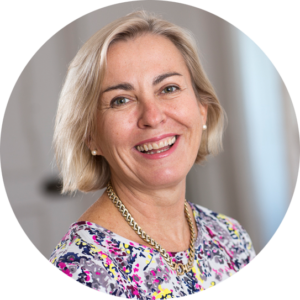 Gail is a South African, who serves globally as a Non-Executive Director, Personal Board Advisor and Trustee with a select group of businesses and NGOs who are well placed to make a significant difference to create low carbon, inclusive growth solutions. As a Trustee of KHULA, Gail is driven by her desire to make a difference to the children of KwaZulu-Natal, where her own children were educated for some of their schooling, and her commitment to a positive future for Africa…the world’s youngest continent with 65% of the population under the age of 25. Her formal business roles include but are not limited to NED of Tiger Brands (Foods); Board Advisor to MAS Holdings (Apparel), Chair of the Shell Foundation (Energy and Mobility), Chair of Globescan Inc. (Building trusted leadership) and Chair of Integrity Action (Democratising accountability). Previously Gail was Executive Director for Old Mutual PLC, leading their global customer, brand and digital portfolio. Prior to that, Gail worked for Unilever PLC, most recently as Chief Sustainability Officer. 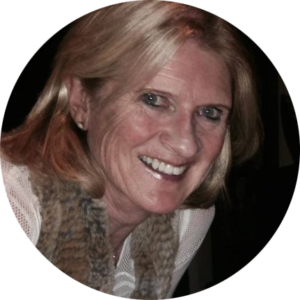 After living, working and immersing herself in the world of safari in Botswana, Henrietta Loyd along with close friend Susie Cazenove, founded cazenove+loyd in 1993, specialising in luxury safaris throughout east and southern Africa. cazenove+loyd now also creates extraordinary, tailor-made holidays to Asia and Latin America, with Henrietta still very involved with the business. All of cazenove+loyd’s holidays are based around conservation and community in some way and the company seeks out charities that affect tangible change through small, local projects. She has a deep love for Africa over nearly four decades and travels extensively seeking out new destinations and experiences for the business. She also sits on the Development Board of the Zoological Society of London. 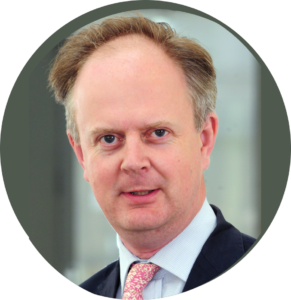 Thomas is Global Head of Corporate Governance at HSBC Global Asset Management and Treasurer of the David Rattray Memorial Trust. He visited Fugitives’ Drift in 1996 and subsequently brought many people to David Rattray’s lectures in London and elsewhere. He believes that education is critical for the economic prosperity of every nation. Thomas is committed to advising and supporting the development of KHULA Education’s financial management systems. 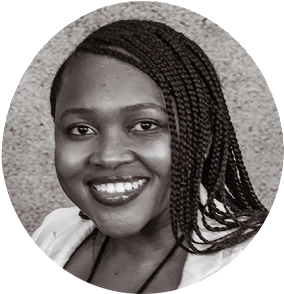 Thendo, more commonly known as Ms T, is from sunny South Africa. She believes that a good quality education was one of the things that opened doors for her to access opportunities to work in global markets. It gives her great pleasure to serve alongside KHULA to make this a reality for the many children that are in its care. She is a qualified Chartered Accountant (South Africa) and a Financial Coach. She has worked for global companies in South Africa, Shanghai, USA and has just tapped into the UK market servicing clients as an experienced Internal & External Auditor, Risk & Project Manager and Management Consultant. Serving on the board of KHULA is an honour and her way of giving back and contributing to society in a positive and meaningful way, one child at a time. 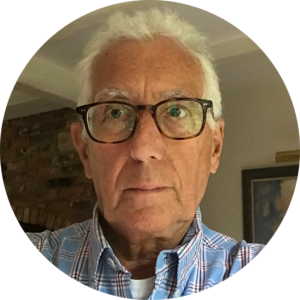 Ben first visited Fugitives Drift in 2005 when David Rattray led both the battlefield tours of Isandlwana and Rorke’s Drift. Since 2005 he has arranged the annual “Rorke’s Drift Challenge Charity Golf Day” that has raised over £50,000 to support local schools and the David Rattray Foundation. Ben has been a Trustee for over a decade, most of that time as Secretary to the UK Trust. He is now retired after a career as a Pensions Consultant and a Chartered Financial Adviser. He served as a past President of the Pensions Management Institute and past Chairman of the Personal Finance Society. Ben is a keen gardener, whose garden is opened for the nursing charities supported by the National Garden Scheme. 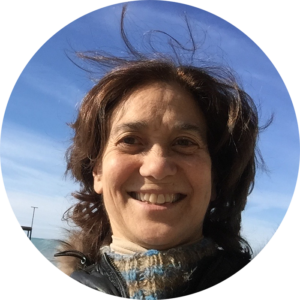 Rena joined the David Rattray Memorial Trust in April 2020. She recently retired from a 30 year career at Sotheby’s, half of which was as a lawyer and Compliance Director, then more recently as part of the global business and client development leadership team. During her Sotheby’s career, she worked internationally, and split her time between NYC and London. 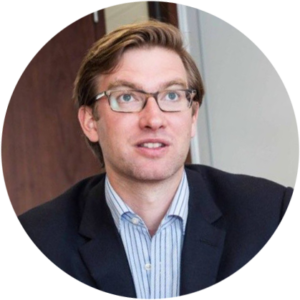 Huw runs strategy for a fast growing artificial intelligence company – Everseen. Prior to that he worked in technology corporate finance and investment. He started he career at KPMG’s transaction services division. He developed his passion for Africa working for David Rattray at Fugitives’ Drift before going to Oxford University to read Archaeology and Anthropology specializing in African studies. 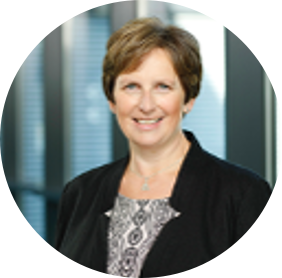 Lindsay is SVP Human Resources for DHL Supply Chain UK and Ireland, providing HR leadership to a business of c. 40,000 employees. She has around 25 years professional HR experience and has held a number of senior HR leadership roles in DHL Supply Chain’s European businesses. In 2013 she took a one year assignment with the Corporate department specializing in Global Industrial Relations before moving into the role of SVP HR for DHL Supply Chain’s Mainland European, Middle East and Africa business in July 2014, responsible in this role for a population of c30,000 employees across 25 countries. She has been in her current role in the UK and Ireland since August 2018. In her spare time, Lindsay has done a significant amount of voluntary work – as an elected School Board Trustee, youth work with Ocean Youth Trust and the Girl Scout Association. She is currently a Corporate Trustee for the DHL UK Foundation. Lindsay is married with one daughter and is originally from Northern Ireland although she has lived in the UK, Czech Republic and Germany during her career. 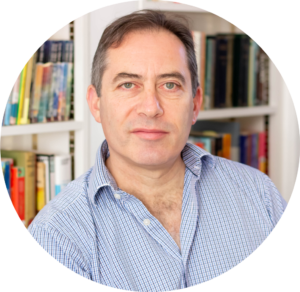 Matthew is a South African who has found himself inadvertently living in London for the past 20 years. He has over 25 years’ experience as a strategy adviser, working in corporate strategy consultancies and independently to design and lead projects in the private, public and non-profit sectors. He has extensive experience in the consumer packaged goods (CPG) and retail sectors in the UK, Africa, continental Europe, Russia and the Middle East. In the public sector, he has worked with numerous government departments, aid agencies and foundations in South Africa, the UK and Sweden. Most recently, he has worked with FCDO (formerly DFID), Sida (the Swedish International Development Cooperation Agency), USAID and the Global Innovation Fund (GIF) mapping and evaluating the impact of challenge funds in driving economic development. He has also worked with a range of NGOs, including Fairtrade International and Women Deliver (a women's sexual and reproductive health rights organisation), helping them develop their organisational strategies and implementation plans for the 2020s. He is motivated and inspired by development initiatives that deliver concrete, measurable benefits and support local communities to take control of their own destinies.